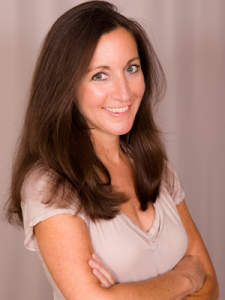 Our Speaker Spotlight series continues with a TEDxMaui 2012 presenter we’re really excited to share with the Maui community. Amy Cortese is an award-winning journalist and author whose stories about sustainable business for the New York Times beginning in 2001 were among the paper’s first serious business coverage of the budding sustainability movement. Her latest book explores the concept of “locavesting”, a movement towards investment in locally-owned enterprises and how it can change the world. Enjoy getting to know Amy a little better in this question/answer interview:

1. What drives you to do the work you do?

As a journalist, I’ve always been interested in new ideas and unconventional thinking. But I’ve also been driven by a keen sense of justice ever since I was a kid. My work on local investing really began after the financial crisis of 2008, when the financial institutions that brought us to the very brink of collapse walked away scot free—with bonuses intact and trillions of dollars in handouts—while many Americans lost their homes, jobs and nest eggs. That’s when I realized we desperately need alternatives.

2. Share one personal experience or relevant anecdote that informs your TEDx talk?

Like many Americans, I come from a family of entrepreneurs. My grandfather emigrated from Italy as a young boy in the early 1900s and, by 1930, he had started his own company producing electrodes and the innards for what was then a brand new invention—neon signs. The company became the leader in its field. I remember cringing when I was backpacking abroad after college and I would see garish neon signs in these beautiful places! But the point is, we are a country of immigrants and entrepreneurs, and owning a small business has been a ticket to the middle class for generations of hard working immigrants like my grandfather. Today, it is much harder for entrepreneurs to get funded (at least for those who are not in Silicon Valley creating a mobile app or other fetish du jour). There are long term trends at work, such as consolidation in the banking industry and a stock market that promotes speculation over long term investment, that are leaving behind the nation’s small businesses. And that contributes to the growing income inequality and diminished mobility in this country, as well as a soulless monoculture where every town looks the same. It’s up to each and everyone of us to support our local businesses if we really value them.

3. How are you or your topic connected to Maui or Hawaii?

It’s funny. The last time I was in Hawaii was for the Millennial new year, when the world was supposed to come to a standstill because of the Y2K bug. I figured Hawaii would be a pretty good place to be if civilization came to a screeching halt! That of course didn’t happen, and I had to go back to frigid New York in January. But Hawaii is a magical place and I appreciate the challenges of living on such an isolated island. There’s something very vulnerable about that in this age of climate change and global instability. That’s why building a strong local economy is so important. One of the examples I discuss in my talk is an effort to create a Hawaii stock exchange that would bring together Hawaiian investors with local entrepreneurs to help fund homegrown businesses that could lessen Hawaii’s dependence on imports. I hope we’ll see that come to fruition.

4. What are some of your favorite statistics or data points?

Here’s a good one: Of all the zillions of dollars flying around the stock market, just 1% goes to productive use—that is, raising capital for companies through initial or secondary public offerings, capital that they can put to use creating new products, building new plants or hiring. The rest is trading and speculation. That’s pretty eye-opening.

And here’s a stat that speaks to the importance of local companies: A dollar spent at a locally-owned business generates between 2 and 4 times the local economic impact than the same dollar spent at a non-locally owned chain. That’s because more money circulates in the community rather than “leaking” out to a distant headquarters. The result for the community is more jobs, more tax revenue, more charitable giving, and more spending that supports other local businesses. So, buy local!

Don’t pluck your eyebrows and keep a journal.

6. What do the TED Talks mean to you? Do you have a favorite talk that speaks to you?

There are so many inspiring and thought-provoking TED talks. But one in particular I watched recently moved me to tears—and made me smile through them as well. It was Amy Purdy on Living Without Limits. I highly recommend it to anyone who has ever felt they faced some insurmountable obstacles in life, or even just had a shitty day.

To purchase tickets to TEDxMaui, head over here.