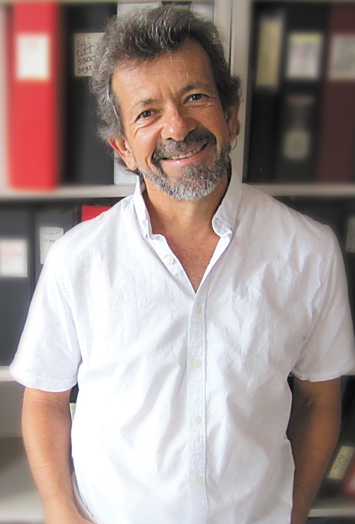 Dr. Arthur Medeiros is a research biologist with the U.S. Geological Survey. With over 30 years of field experience studying Hawaiian ecosystems, his  research has been featured in over 100 scientific publications.. Born and raised in Hawai’i, Arthur, as a young man, became fascinated with the wild places of his home. Great voyages sometime start simply and it was that way for Arthur as he set out on ‘the thoroughly enjoyable journey’ of learning to first recognize each Hawaiian plant and animal and then to say their nearly forgotten native names. There is a Chinese proverb, ‘wisdom begins with calling things by their correct names.” With this though came an unanticipated dark antipodal knowledge – that nearly all Hawaiian plants and creatures were in dire trouble. A biological hurricane of changes to rival the cultural and social upheavals was in full turn. One biologist described the islands biological history as its ‘tragic dismemberment’. Arthur’s career has focused on the hope in the chaos. Arthur believes when we become familiar with the cultural and biological richness of our plants and animals, we begin to cherish and protect them. Arthur is working with private and public landowners and the public to develop meaningful community- and science-based forest restoration projects, such as Pu’u-o-kali wiliwili forest, Auwahi dryland forest (www.auwahi.org) and the much reduced cloud forests of southern Haleakala (www.lhwrp.org).

In his recent book, author Robert Cabin noted, “For Art, ‘doing restoration right’ includes both carefully navigating his way through the endless labyrinth of ecological and philosophical conundrums typically associated with this work and devoting a substantial amount of thought and energy to its cultural and spiritual dimensions. When I asked Art what lessons he had learned at Auwahi and elsewhere over his long and illustrious career, he noted that solving ecological problems may actually be less difficult than solving the human problem. Art noted, ‘What really discourages me is the way the people who are supposed to be doing something about all this clash with each other, and that so many have given up hope. That loss of hope is really our biggest enemy. Successful conservation requires a strong human presence… When we reach the tipping point of enough human hearts getting involved, really good things can happen.”