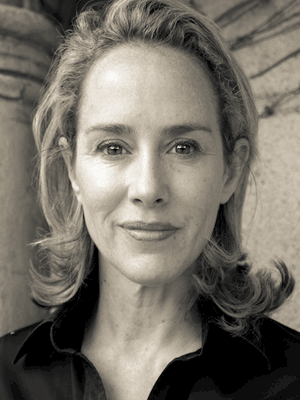 Acclaimed humanitarian photographer Lisa Kristine specializes in images of remote indigenous peoples. Best known for her evocative and saturated use of color, her fine art prints are among the most sought after and collected in the world. Lisa has documented in over 60 countries on six continents, using a 19th century 4×5” field view camera for the majority of her work.
Lisa Kristine was born in San Francisco, California, on September 2, 1965. She developed an early interest in anthropology and photography. Lisa was mentored in her youth in silver gelatin and cibachrome printing. Following graduation from the Fashion Institute of Design and Merchandising in San Francisco, Lisa photographed for nearly five years in Europe and Asia.
Lisa has collaborated with international humanitarian organizations. When the State of the World Forum convened in San Francisco in 1999 and in New York in 2000, Lisa was asked to present her work to help inspire discussions on human rights, social change, and global security. Her work was auctioned by Christie’s New York to benefit the United Nations with Kofi Annan. She was also honored to be the sole exhibitor at the 2009 Vancouver Peace Summit with His Holiness the Dalai Lama, Reverend Tutu and award winning Nobel Laureates.
In 2010 Lisa collaborated with Free the Slaves documenting modern day slavery. She traveled into the heart of broiling brick kilns, down rickety mine shafts, and into hidden lairs of sex slavery. She bore witness to the most horrible abuses imaginable and the astonishing glimpses of the indomitable human spirit. A ground-breaking photographic book entitled Slavery in which Archbishop Desmond Tutu wrote the forward was released in the fall of 2010. The sale of the book will help to end slavery.
John C. Sweeney, Director of the United Nations, says of her work, “Lisa Kristine’s sensitive and beautiful portrayal of isolated and distant peoples helps us to better appreciate the diversity of the world. She captures the sheer beauty of the differences in people and places and allows us to comprehend the shared nature of the human condition: its hope, its joy and its complexity.”
Her work is made distinctive by her passion and intuition and her intense interest in the humanity of her subjects. “I want a person to feel at ease with me, so that they remain who they are and are unchanged by a new, foreign element such as a stranger (myself) or a camera. In order for me to photograph a person in this unaffected environment of ‘self,’ there must be a firm trust between us. Without this, one might still create a beautiful image, but not a stirring one. I’m drawn to people who have been living closer to the earth, and who have very old traditions. People who have not, in any way, been altered by modernity.”
“The saturation of color opens our eyes to those who are living in ways very different from our own,” says Paul Oppenheimer, a highly regarded philosopher and teacher. “Lisa invites each of us as humans to look into the eyes of those whom we cannot understand—in a setting that does not diminish our differences. In those differences we find the roots of our unity.”