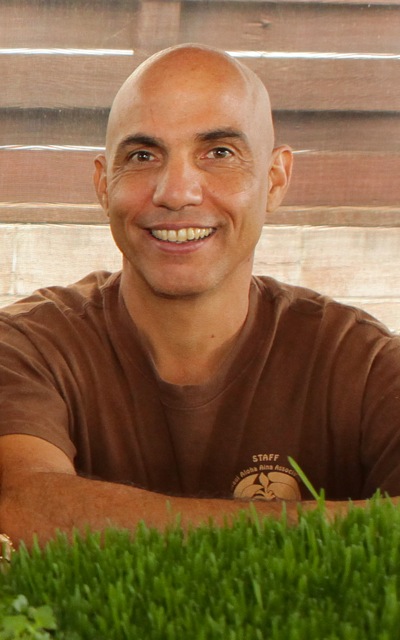 A resident and avid gardener in Hawaii since 1978, Vincent Mina along with his wife and two children own and operate Kahanu Aina Greens. In business since 1994, it is the largest urban compost-grown sprout operation in the state, all 2000 sq ft. of it.

Vincent is also the founder of the non-profit Maui Aloha ‘Aina Association in 2001, whose mission is to “promote life nurturing practices for the body and the soil through education and outreach”.

With his wife Irene, Vincent produced “Body & Soil” Conferences each year since 2001, exploring the relationship of the body to the soil with world class presentations.