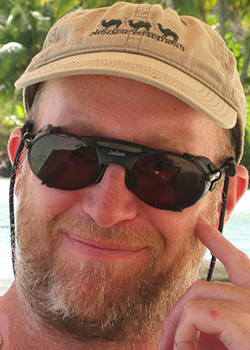 Edward Readicker Henderson is a contributing editor at National Geographic Traveler and ISLANDS magazines. He has reported from more than 70 countries and every continent. He’s won three Lowell Thomas Awards, made the “Notable” list of Best American Travel Writing four times, and is the recipient of a Northern Lights Award, for the best magazine travel story on Canada.

Known for writing pieces on the interaction of perception and travel, Edward has spent the past eight years working on issues of natural sound and quiet in some of the most remote parts of the globe. He’s also spent the past 20 years traveling against all medical advice.